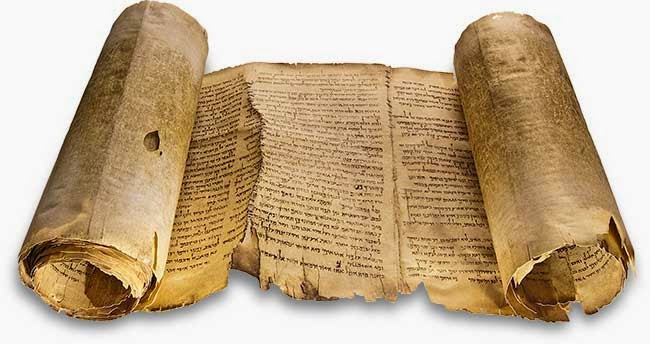 A few have complained about the general nature of our charts.

But these are provided for educational and illustrative purposes only.

When we delve into the real detailed evidence,
we find an abundance of evidence for the authenticity of
Isaiah, Jeremiah, and Daniel.

Take for instance the impact of the discovery of the Dead Sea Scrolls
has had on the dating and timelines for the Hebrew Canon:

I will here quote Dr. James Price's excellent summary of the
detailed evidence and its meaning and impact on evaluating
Isaiah, Jeremiah, and Daniel.

Price is responding to an overly skeptical extremist rant by Till:


The Book of Isaiah


The Masoretic Text of the Hebrew O.T.

Regarding the Masoretic text in the era of the Dead Sea Scrolls, Tov, who is liberal in his approach the Biblical text, wrote:

Such correctors or revisers were not responsible for altering the text, but for correcting or revising manuscript copies that varied from the official exemplar in their care. It was this meticulous care of the text that led scholars like these in the next generation to confirm that the Masoretic text was the authentic tradition. This places the textual tradition behind the Masoretic text at least in the fourth and likely in the fifth century.


The Aramaic Targum of Jeremiah

But the witness of the Aramaic translation known as the Targum gives good reason to place the Masoretic text of Jeremiah in at least the sixth century. Concerning the Aramaic Targum, Ernst Wurthwein, a recognized authority on Old Testament textual criticism, stated: "The Jewish tradition associating it (the Targum) with Ezra (cf. Neh. 8:8) may well be correct" (The Text of the Old Testament, Trans. by Erroll F. Rhodes Grand Rapids: Wm. B. Eerdmans, 1979, p. 75). Now the importance of the Aramaic Targum of the book of Jeremiah is that it was translated from a Hebrew text of the Masoretic tradition (Tov, p. 149). If Wurthwein is correct, and there is no reason to doubt him, then the Masoretic tradition of Jeremiah was already well established as authoritative in the fifth century B. C. This gives reason to accept the sixth-century origin of the book with little reason to doubt it. Not a shred of textual evidence exists that suggests that the date of Jeremiah's prophecy was ever altered.

If such evidence exists I'm sure Mr. Till would have called it to our attention.

This is supported by several fifth- or sixth-century witnesses to the existence of the book, and the prophecy under debate in particular:

These very early witnesses knew Jeremiah's book, and the prophecy under debate in particular. All of these witnesses accepted Jeremiah as a historical person and the author of the prophecy. All regarded the prophecy as genuine, not fraudulent.


The Witness and Date for Daniel

In fact, Daniel read Jeremiah's prophecy before it was fulfilled (Dan. 9:1-2). This is evident from the fact that Daniel did not record the fulfillment of the prophecy--something that would have been significant to the content of his ninth chapter. I know Mr. Till rejects the date and authorship of Daniel, and I am not interested in debating that question. But there is no reason to late-date Daniel except Mr. Till's anti-supernatural presupposition. In my own opinion, Daniel is a valid witness because his contemporary, the prophet Ezekiel, validated his date and existence (Ezek. 14:14, 20; 28:3). This does not include the mention of the prophet Jeremiah by the historian Josephus, the authors of some of the Apocryphal books (Sirach 49:6; 2 Macc 2:1, 5, 7; 15:14, 15; 1 Esdras 1:28, 32, 47, 57; 2:1; 4 Esdras 2:18), the Mishnah and the Talmud. All these ancient sources regarded the prophet and his writings to be authentic.
...