Every single one of these translations uses a critical Greek text
which mutilates the New Testament by deleting some 200 whole and half-verses.

They did this on the flimsy basis that these were added to the text by
editors and copyists, in part by accident but mostly by intent,
for explanatory purposes or to reinforce or invent favorite doctrines.

However, modern scientific scholarship has shown that these are almost
all simply scribal errors, and accidental omissions mainly by homoioteleuton,
that is, lines were dropped due to similar endings or beginnings.

For the real statistical knowledge about scribal errors, these articles
should be consulted, which show that the general tendency was to omit,
not add text to the New Testament.


For specific information on the actual verses that modern (per)versions
leave out, or place in the margin or footnotes, or bracket as if they were
unreliable or in doubt, or possible additions, look at these examples: 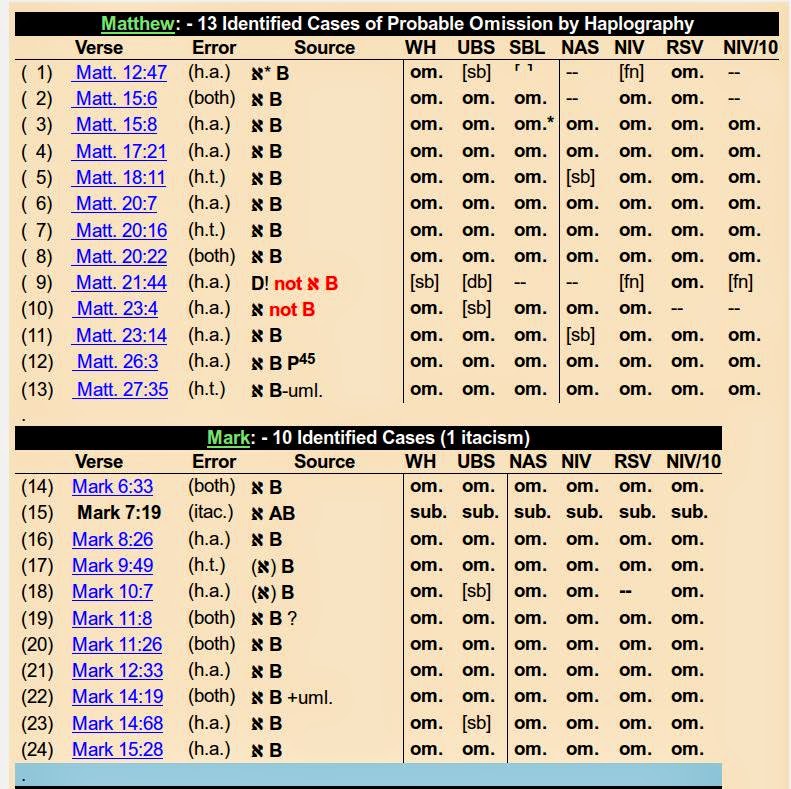 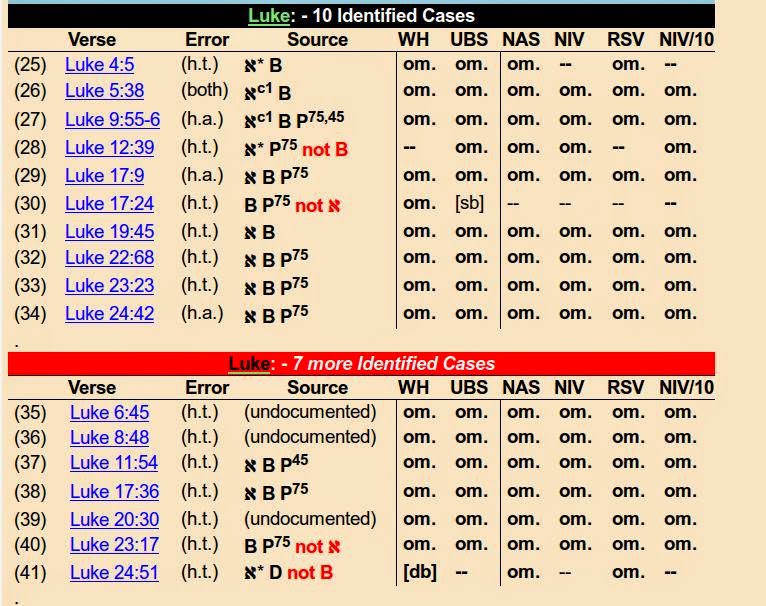 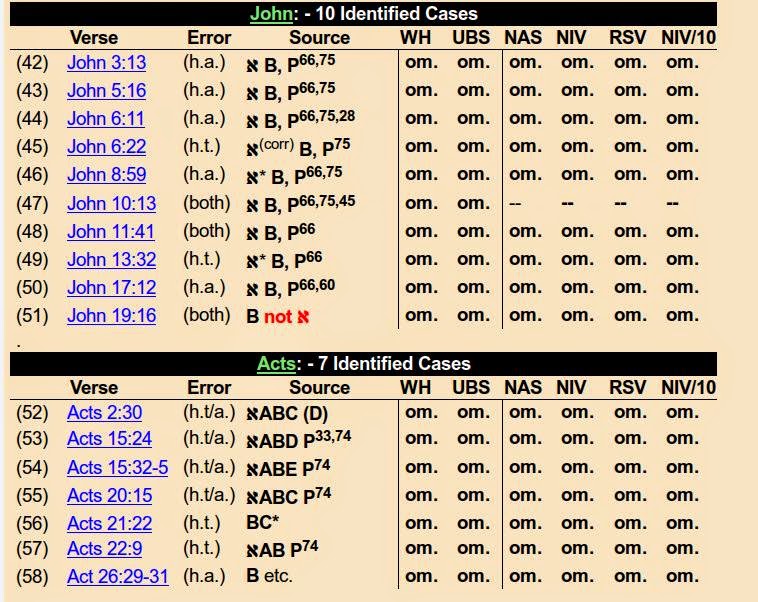 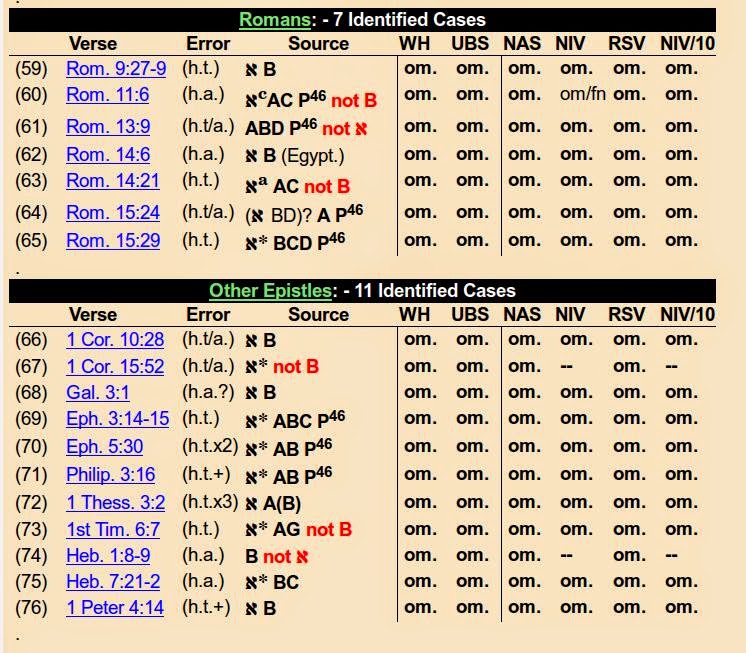