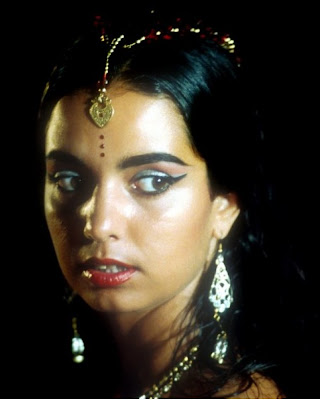 Before passing to other issues, we need to re-examine Martin Luther's radical position on Esther.
The observation of Peter J. Leithart  (2005) nails the problem squarely:


"Luther was famously hostile to the book of Esther. Luther was also famously enamoured of the idea of the Deus absconditus, the hidden God. These positions are inconsistent: No book of the Bible better narrates the power and providence of the hidden God than Esther, which refrains even from naming Him."

Leithart notes that Luther's strong advocacy of Providence, the idea of God acting behind the scenes in history with a hidden hand, ought to have caused Luther to embrace the book as the center-piece of his platform!  In fact, the idea of God's Providence was a fundamental part of the Reformation.

The question of the authenticity and/or historicity of the book is not relevant to the point before us, because Luther didn't question the fundamental point that it was indeed a Jewish book, originally written in Hebrew.  He did not deny that it was part of the Jewish canon, accepted by Jews everywhere and included in the Tanach (Holy Scripture).  Luther did not doubt that the book had been adopted by the entire Jewish nation since the 200 B.C., and was the basis of the annual celebration of the Festival of Purim, or that Esther was publicly celebrated as a historical document, and had been since time immemorial.

Luther instead attacked the book on the two points already discussed:


(1) That the book (Hebrew version at least) didn't openly use God's name [YHWH], and that no specific prayers are recorded in the book;
(2) And infamously, because the book was too Jewish.

The whole basis of the attack is that somehow Esther is different than all  the other accepted Holy books, because it presents a different God, or  has a different way of presenting God.  i.e., the claim is that either :


(1) After the captivity of Babylon, Jews had now become non-religious and had abandoned worship of the God of Israel for Babylonian paganism, and so their writings from this period are simply not inspired, or,
(2) God ceased to inspire Hebrew writers during and/or after the Babylonian Captivity.

This is not a natural Christian or Jewish position on the OT canon, and Luther's attitude seems rather based on criticisms by various opponents of both religions, ancient and modern.  There is indeed some substance in these claims regarding the book's superficial appearance.   The problem was noticeable enough that  some early Christians felt moved to rectify the alleged lack by adding sections to give the book a more overtly 'Godly' look.  The Jewish scribes however,  lthough aware of the claims, felt no such need, and continued to copy the book verbatum.

The point is not that the claim had no superficial reality, but that the two  conflicting ideas in Luther's position are in fact ultimately incompatible:   The book can't be too Jewish, and at the same time not Jewish enough.  But recognizing this contradiction is not enough to solve the problem.  We have to decide which side of the fence to come down on.

The essential issue is this:

I.  Is Esther qualitatively different from, and thus incompatible with, recognized Holy Scripture?

For this is the core challenge thrown down by Luther and others who would reject the book from the canon of Holy Scripture.

The Book of Esther is FARCE!

Ezra the priest/scribe perverted the Torah.