Esther, Star of the OT: Part I: Martin Luther 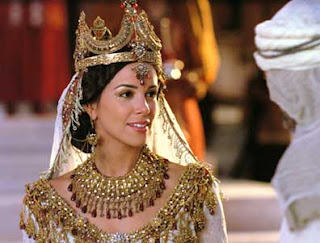 Here is a great summary of Martin Luther's position given by Dave Armstrong (Did Martin Luther Deny the Canonicity of Esther?):


"Martin Luther's words will be in green.

"The book of Esther I toss into the Elbe [river]".

Or are these really the words of Luther? Apparently this is indeed a misquote. The John Aurifaber version of Table-Talk, translated by William Hazlitt, available online, reads in its section XXIV: "The third book of Esdras I throw into the Elbe."

Mea culpa on behalf of all those (including yours truly) who have wrongly used this false citation in the past or present. Falsehood of any sort (whether inadvertent or not) does no one any good. Mine was an honest mistake. And as we shall see, scholars have done the same. it is one of those errors that got passed down through history.

This one erroneous citation doesn't mean, however, that Luther didn't denigrate and even deny the canonicity of the book of Esther (only this particular "proof" was -- by all appearances -- a botched citation at some point in the textual history; the question of who made the error will be further discussed below). For the very same section of Table-Talk also includes the following words from Luther:

I am so great an enemy to the second book of the Maccabees, and to Esther, that I wish they had not come to us at all, for they have too many heathen unnaturalities. The Jews much more esteemed the book of Esther than any of the prophets; though they were forbidden to read it before they had attained the age of thirty, by reason of the mystic matters it contains.

Even this quotation, however, gives support to the accuracy of the second mention of Esther above, as genuine ("Oh, how fond they are of the book of Esther, . . ." -- from LW, 47:156 -- cf. above: "The Jews much more esteemed the book of Esther than any of the prophets"). It gives a correlation to a statement of Luther that does quite arguably question the canonicity of Esther. Luther also wrote in Bondage of the Will:

[T]hough I could rightly reject this book [Ecclesiasticus], for the time being I accept it so as not to waste time by getting involved in a dispute about the books received in the Hebrew canon. For you poke more than a little sarcastic fun at this when you compare Proverbs and The Song of Solomon (which with a sneering innuendo you call the “Love Song”) with the two books of Esdras, Judith, the story of Susanna and the Dragon, and Esther (which despite their inclusion of it in the canon deserves more than all the rest in my judgment to be regarded as noncanonical).

Here is a second rendering:


Though I might with justice repudiate this book [Ecclesiasticus], yet for the present I receive it, so as not to lose time by entangling myself in a dispute about books received into the Jewish canon. You are somewhat biting and derisive yourself about that canon, when you compare the Proverbs of Solomon and the Love-song (as with a sneering innuendo you term it) to the two books of Esdras and Judith, and the History of Susanna and of the Dragon, and the book of Esther (though they have this last in their canon; in my opinion, however, it is less worthy to be held canonical than any of these).

So now we have the evidence of Luther saying he is an "enemy" of Esther; wishing that it "had not come to us at all" and that it is "less worthy to be held canonical" than "Esdras and Judith, and the History of Susanna and of the Dragon": books universally regarded by Protestants as non-canonical.


Armstrong's article should be read in full.  It shows that it wasn't simply Counter-Reformation Roman Catholics who noted this problematic aspect of Martin Luther.  In fact Luther's opinion was most underlined and objected to by Protestant commentators and analysts.  (RCs mostly write for themselves, and hardly penetrate the awareness of the non-Catholic public).

The question now is, on what basis did Martin Luther reject the book of Esther, and what grounds, if any, does anyone have for questioning its authenticity, canonicity, and authority?

This is what we shall explore in the next few articles in this series on Esther: Star of the OT.