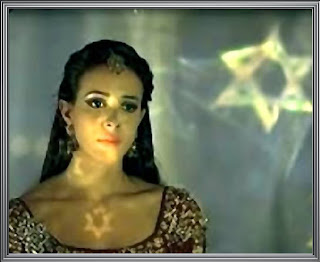 "the book of Esther...has been more attacked and sneered at than any other book of the Bible."

So far, (previous post) we have noted that Martin Luther (c. 1500s), leader of the German Reformation movement, definitely had a lower view of parts of Holy Scripture than many evangelists and fundamentalists would accept today, particularly in regard to the Canon, or books to be included in the Bible, and Esther's status in it.

Luther's position on the O.T. Apocrypha was not particularly abnormal, since many previous Christian writers from the time of Jerome had often separated out the Apocrypha as a secondary category of writing.   One can consult William Webster's webpage for details on the variety of opinion on the Apocrypha.

However, what was novel in Erasmus and Luther was their willingness to dismiss actual Canonical writings in both the Old and New Testaments as secondary or relatively uninspired, questionable, and even of little use.

Examples range from Luther's view on NT books like  James and Jude,  to his view of OT books like Song of Solomon and Esther.

Recently, apologists and defenders of Martin Luther have attempted to minimize or reason away some of the less attractive aspects of the man.   For instance, James Swan's page, Luther's View of the Canon (2004) attempts to downplay Luther's critical prefaces, originally printed before each book in his German Bible.  It may indeed be that Luther later tempered some of his views on some books, or that others rightly dropped them from later reprints.
Yet even James Swan hasn't much a rebuttal to Martin Luther's wild statements on Esther:


4. “...Esther I toss into the Elbe. I am such an enemy to the book of Esther that I wish it did not exist, for it Judaizes too much and has in it a great deal of heathenish naughtiness . .”
The quote is probably also from John Aurifaber’s version of the Table Talk.  Luther is recorded as saying, “I am so great an enemy to the second book of the Maccabees, and to Esther, that I wish they had not come to us at all, for they have too many heathen unnaturalities.”  In regards to the English edition of Luther’s Works, there is at least one instance in which Luther spoke negatively about Esther. In responding to Erasmus, Luther said, “…Esther…which despite their [the Jews] inclusion of it in the canon deserves more than all the rest in my judgment to be regarded as noncanonical.”

Yet, Luther still translated it and allowed it in his Bible. Curiously, Roger Beckwith (author of the outstanding book The Old Testament Canon of the New Testament Church) has said,

“It is sometimes said that Luther, following certain of the Fathers, denied the Canonicity of Esther, but Hans Bardtke has questioned this, as not taking into account of all the evidence (Luther und das Buch Esther, Tubingen Mohr, 1964).”

One can only hope that this work will one day be available in English."

Swan's concession here is welcome, but his final downplay appears quite lame.  However one might regret Luther's opinion on Esther, it is a historical fact nonetheless.  Quoting Beckwith's reference to an unavailable and obscure German work can only be viewed as an act of desperation.   This is not a case where his opponents have misrepresented him, or  "the real Luther" had later recanted a few rash words spoken as a youth.  Luther held his negative opinions on Jews and Judaism to the end of his life.

But for certain aspects of Luther, perhaps the most disturbing ones, the timeline runs the opposite way.  At first, in appealing to Jews for assistance in translating the O.T., and with high hopes of converting them to Christianity, Luther befriended them:


'Before he was infected by the bacillus of anti-Semitism, Luther was something of a defender of Jews, condemning their persecution and recommending greater tolerance of them.
In a pamphlet entitled That Christ Was Born a Jew, Luther expressed understanding that Jews had rebuffed the conversionary overtures of the Roman Catholic church, which he considered spiritually lax and corrupt.


"For they have dealt with the Jews as if they were dogs and not human beings," he wrote indignantly. "They have done nothing for them but curse them and seize their wealth. Whenever they converted them, they did not teach them either Christian law or life but only subjected them to papistry and monkery." '

But in the latter half of his life, because Jews politely turned down his program for conversion, Luther became filled with a vitriolic hatred for the Jews, publishing slanderous hate-literature against them.


'Once it was apparent to Luther that the children of Israel were resistant to the call of Christianity, he performed a volte-face, turning his wrath on Jews.
In the first glimmerings of his growing antipathy, Luther upbraided Jews for their misguided interpretation of Scripture. Later, Luther's condemnation of usury took on an anti-Jewish cast, while his mean-spirited characterization of Jews as "stiff-necked, iron-hearted and stubborn as the devil" drove him further into fanaticism.
In 1543, Luther's animus probably reached its apotheosis in a vituperative pamphlet, Concerning the Jews and Their Lies, in which he urged the authorities to act against Jews with the utmost severity.' (ibid)

This behavior is not a minor indiscretion, or excusable character quirk:  it is viewed by most historians as a large factor in creating the climate of bigotry and hate that led to the Holocaust.

Nonetheless apologists for Luther downplay even this side of Luther to this day.  They claim he wasn't a racist, and/or that he was just reflecting the culture of his day.  But this is a ludicrous rationalizing away of Luther's part as a world-leader in setting the stage for what was to follow.

But Luther himself wouldn't have pretended for a minute that he had no influence in the world he lived in; he was one of the founders of the successful Reformation!  Nor can we excuse him as if he was just a product of his culture:  Long before he wrote his hate-literature, he had already written an excellent pamphlet taking the opposite view!  He was obviously capable of independent thought and of choosing the right side on politically tough issues.

This is damning evidence that Martin Luther was simply not a truly converted, born-again Christian as Bible-believing Christians have come to understand the term.  Other evidence substantiates the claim, that Luther, in rejecting key aspect of the full Gospel, such as good works as signs of regeneration, Luther prevented himself from fully realizing a Spirit-filled born-again life of holiness.

Remarkably, even racially oriented Christian groups have openly recognized the basic apostacy and lack of Christian spirit in Martin Luther:


"It is obvious that the faith that Martin Luther made so much of was not saving faith, or he never would have done and said the things he did. He would have had the heart of the Apostle Paul towards the Jews, for the Savior whom Paul served is the same yesterday, today, and tomorrow."
- The Twelve Tribes, Commonwealth of Israel

It is in this light that Luther's worldly reasoning and assessment of the book of Esther must be viewed.   He cannot be taken as a rational authority or clear-headed, non-emotional source for any explanation of the book's contents.

"Luther, in rejecting key aspect of the full Gospel, such as good works as signs of regeneration, Luther prevented himself from fully realizing a Spirit-filled born-again life of holiness."

Or, one's theology allows it, subsequent to his conversion Luther shrank back from the full light he was receiving, like the plants in Jesus' parable which sprang up to the light, only to later give place to the faster-growing weeds.

Yes, I think that either way you slice it, something was very deficient in Martin Luther, which seems to have born fruit unworthy of the claim of true repentance and regeneration.

The fallout in the form of anti-Semitism may be the more obvious (at least to some) of problems;

But I want to explore further the effect of Luther's lack of spiritual depth upon his idea of Holy Scripture and the canon.