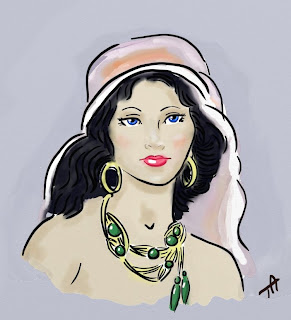 
"from John Aurifaber’s version of the Table Talk ... Luther is recorded as saying, “I am so great an enemy to the second book of the Maccabees, and to Esther, that I wish they had not come to us at all, for they have too many heathen unnaturalities.”  In regards to the English edition of Luther’s Works, there is at least one instance in which Luther spoke negatively about Esther. In responding to Erasmus, Luther said, “…Esther…which despite their [the Jews] inclusion of it in the canon deserves more than all the rest in my judgment to be regarded as noncanonical.”

Swan likes detailed references, so we are happy to quote the following from Jesus' Words Only:


Luther also said Esther was "without boots or spurs." In one discussion, Luther lumped it with 2 Maccabees (a book in the Apocrypha) and said: "I am so hostile to this book and to Esther that I could wish they did not exist at all; for they judaize too greatly and have much pagan impropriety." (Luther, Tischedren (Weimar Edition, 1912) Vol. I at 208; Floyd V. Filson, Which Books Belong in the Bible (Philadelphia: The Westminster Press, 1957) at 10.)

Believe it or not, this is the same quotation.  For some reason, Swan has deleted the reference  "judaize too greatly" and replaced it with "they have too many heathen unnaturalities.”.  We just can't help feeling that once again the Nazi-sympathizing historical revisionists have covered up the main thrust of Martin Luther's words.
Does centrality of the Jewish faith in 400 B.C. in the book of Esther disqualify it as Holy Scripture?    This is how Luther saw it, since he seems to have believed that Judaism was completely invalid as a religion, and so any 'holy book' that gave legitimacy to Judaism must be either false or dated.   Even today, less extreme Christians tend to think that Esther must be dated, and essentially  made obsolete by the new Christian Covenant, even for Jews.


However, if Esther is a bona fide historical record,  it plainly has a place in the O.T. Canon, both for Jews and Christians, as a record of God's action in history.  Its place then would be legitimate and secure, even if, like some other O.T. documents, it might not have practical application today, other than for spiritual encouragement and edification.   Thus for some, the validity of Esther will be based on its historical integrity and accuracy, not necessarily its national content or the viewpoints held by its characters.
This would be a reasonable approach, if it were not for the obvious bias and distortion, as well as the anti-Semitic undercurrents affecting the results of typical analysis of its contents.    Martin Luther was not the only person to doubt or reject the book of Esther as Holy Scripture, although he may have been the first to ignite mass-confusion surrounding the book.   Following Luther's lead, 19th century German scholarship continued an strongly anti-Jewish assault on both the Old and New Testaments, attacking the authorship, date, authenticity, historicity, and accuracy of the whole Bible.

This wave of skepticism was infectious, and quickly spread to other centers of learning like England and America.   But was what the Germans said about Esther really historically credible or scientifically valid?


"If Luther rejected the book of Esther, it seems rather odd that he should have included it in his translation of the bible..."

The fact remains that Luther openly published many disparaging and doubtful comments on various books of the bible, including, James, Jude, Ecclesiastes, Song of Solomon, and of course Esther.

The German Bible was not solely Luther's project, and others involved in subsequent printing and distribution probably censured Luther and  later removed his original prefaces which were printed at the beginning of each OT and NT book in his translation.

Luther obviously cooperated in the removal of his original comments from the Bible, but on some issues it is very doubtful that he changed his opinion, especially on books like Esther, given his later extended program of hate-literature against the Jews.

The Germans wanted a Bible, and Luther did not have the power to delete books from the Bible. Luther's original bible even included the Apocrypha.

But that didn't stop Luther from propagating his views on various books in the bible, both before and after he removed his comments from printed German Bibles.