Many Westerners are dimly aware that currently the site of the Jerusalem Temple is occupied on top by a Muslim mosque, called the Dome of the Rock,
for its gold dome. 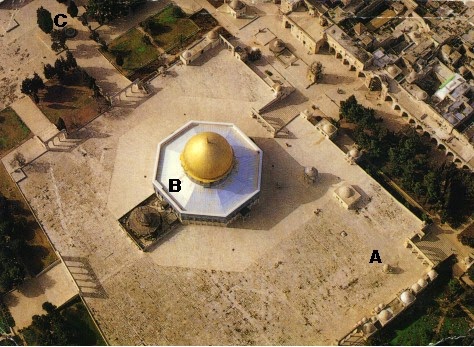 A closer look gives more sense of the size of this eye-sore bearing the symbol of the Satanic Moon-god on top. 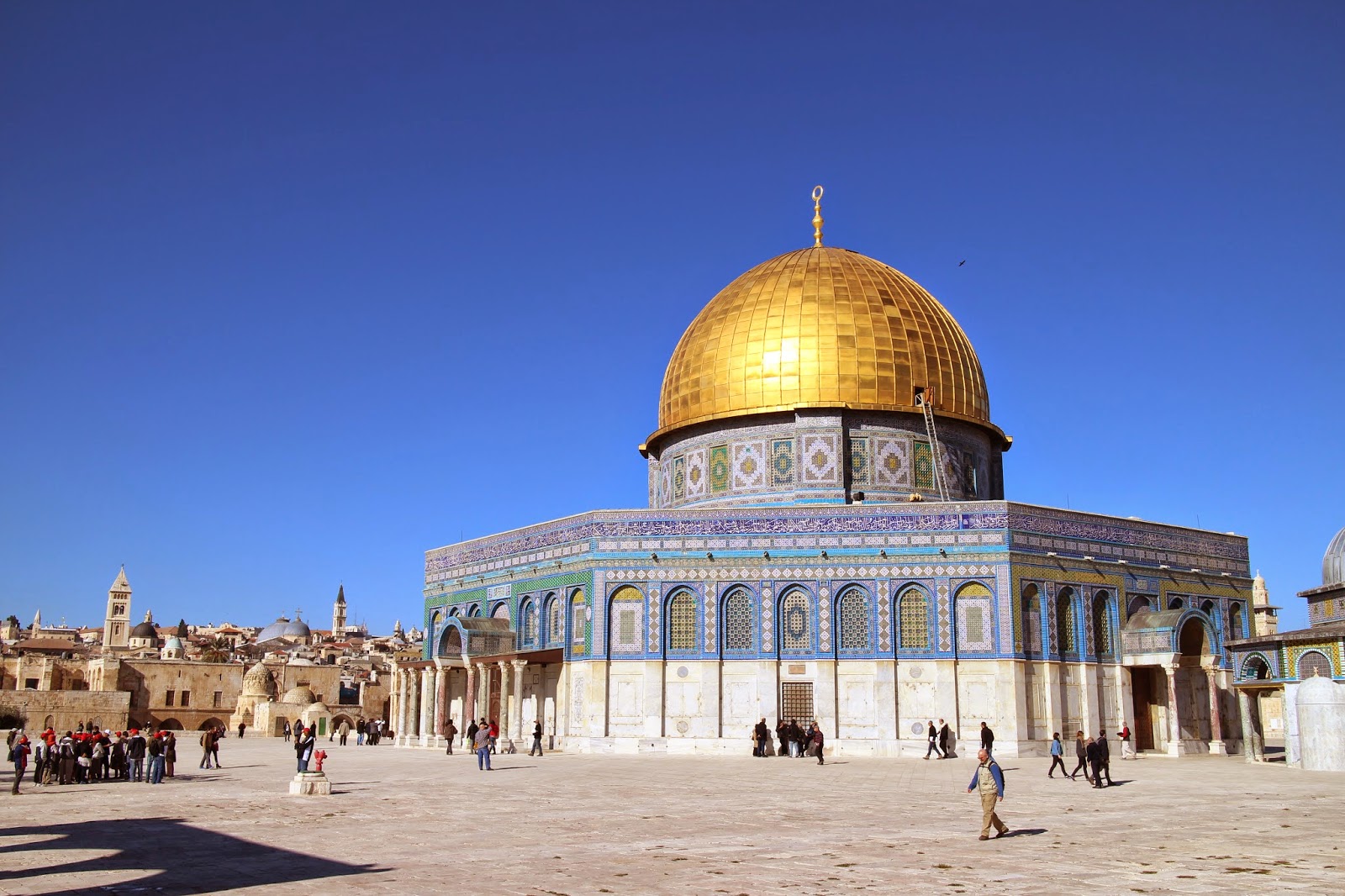 A closer look gives more sense of the size of this eye-sore bearing
the symbol of the Satanic Moon-god on top. 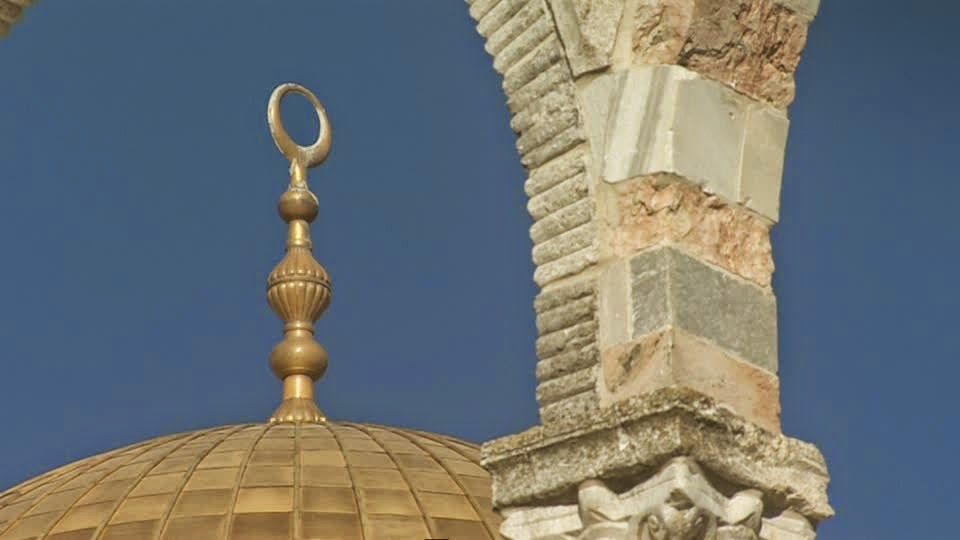 The mouseque has an inscription that runs around it,
which for Christians is an open proclamation of Blasphemy:


The construction of this puss-ball is shown in the diagram below: 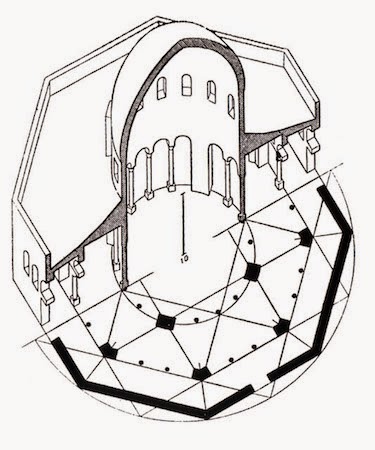 The cut-away side view below shows the location and size of the first chamber which is directly below the apparent location of the original altar-stone. 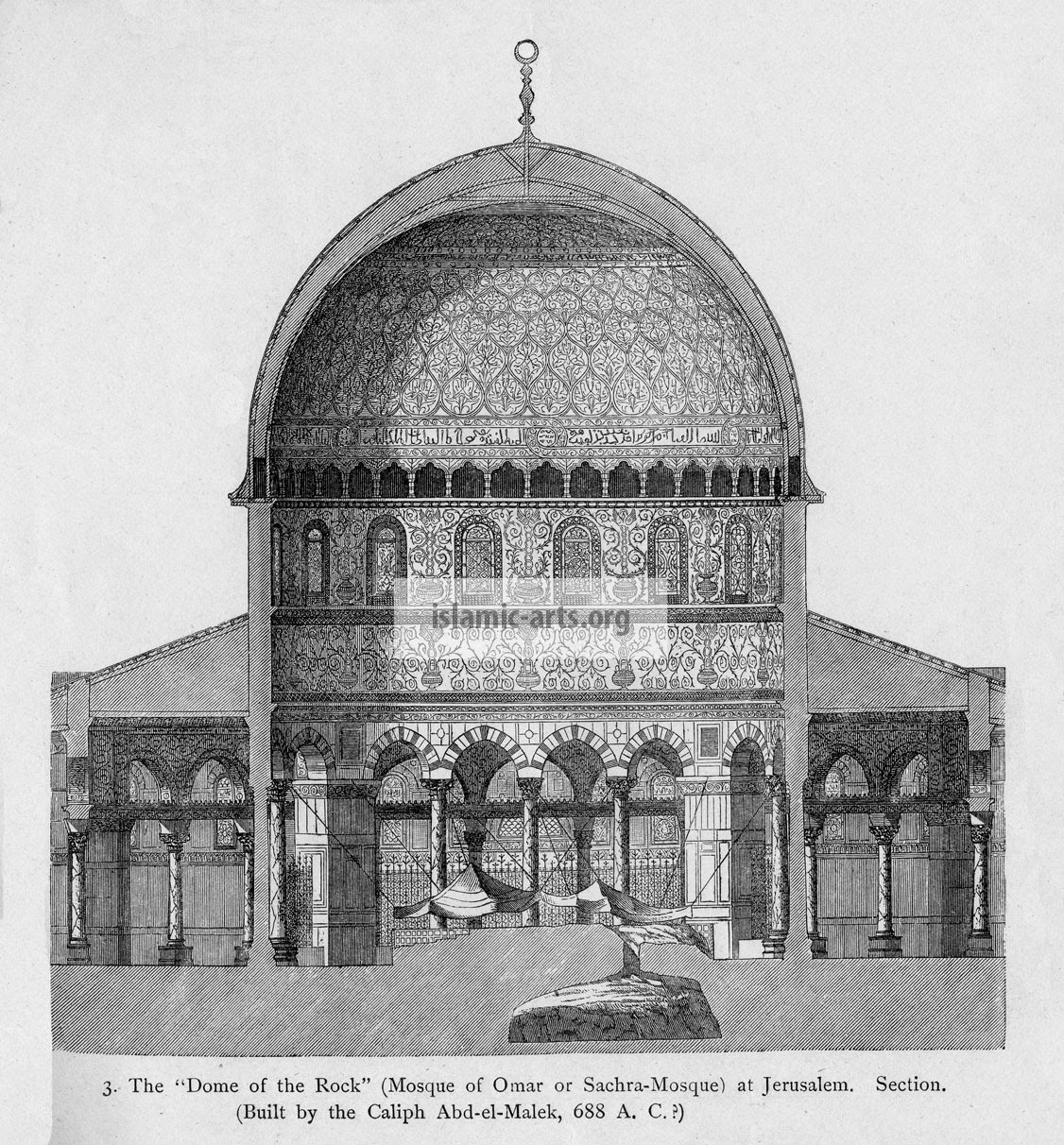 A couple of photos of the interior of the giant outhouse that the Arabs built overtop show the rough state of affairs and give a sense of what the original altar stone looks like from inside: 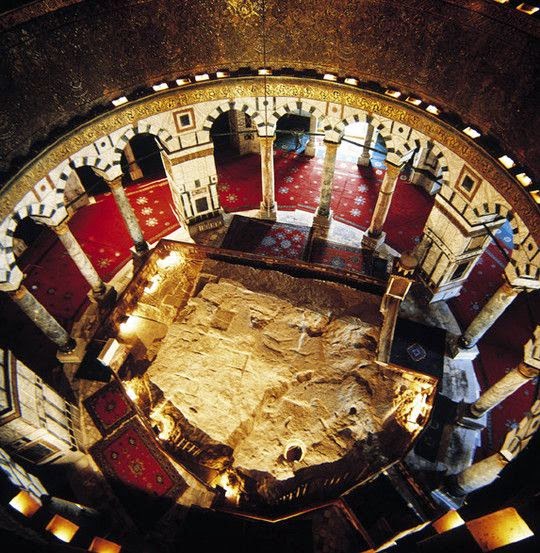 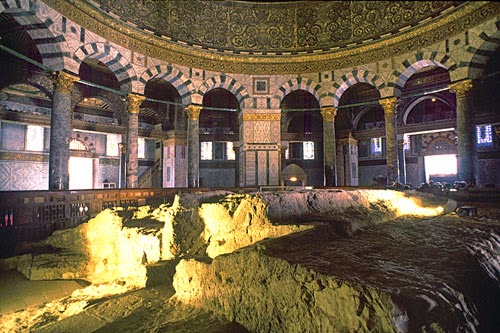 Meanwhile, the Arabs have been privately and without authorization carrying on construction and digging inside the temple site, and have damaged archaeological artifacts and weakened the foundations of both the Mount and their own mosque: 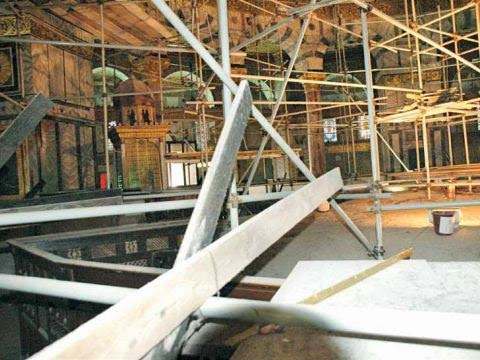 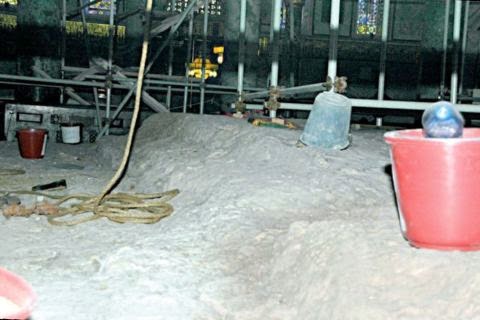 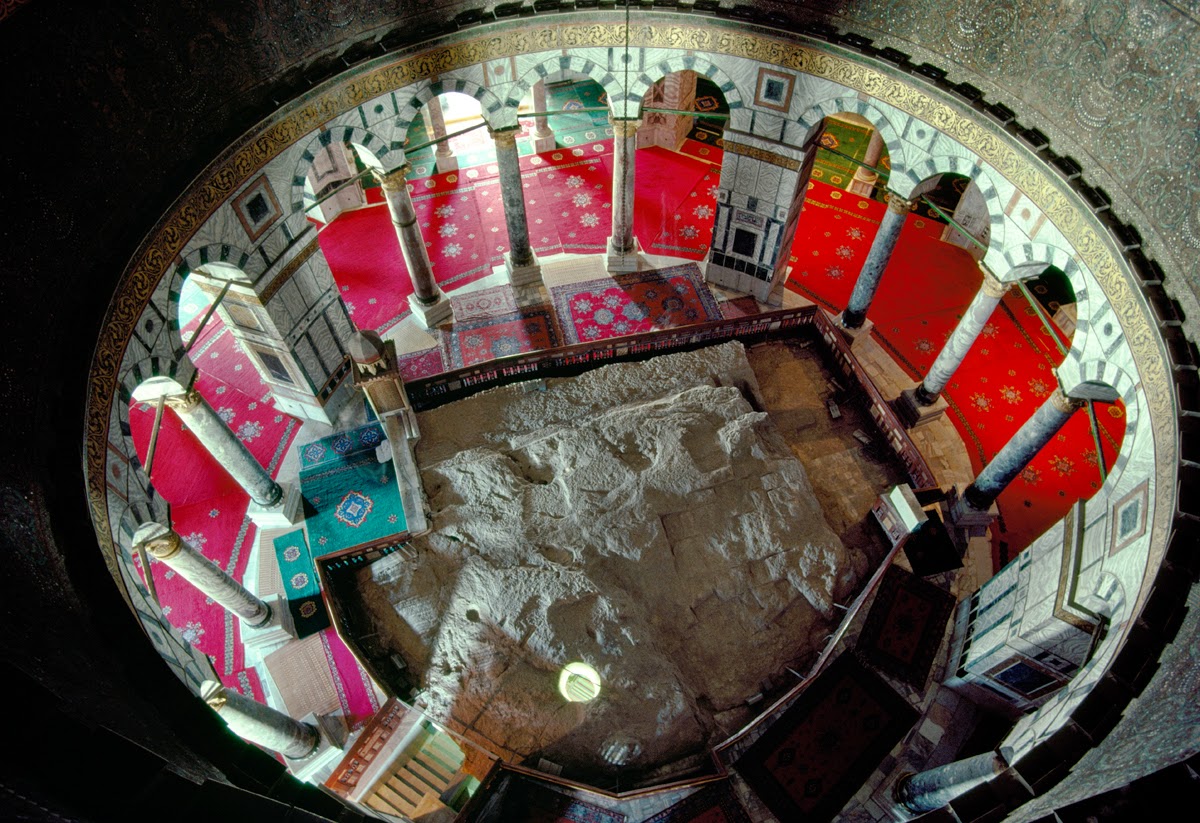