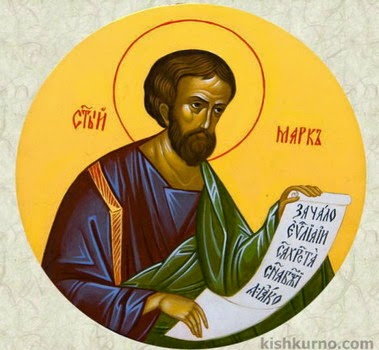 
Mark is packed with explanatory glosses,
and unless we embrace the idea of a lost "proto-Mark" written to Hebrews,
Mark as presented in the current Greek version was written to a mixed audience
which required special instruction in regard to Aramaic words and Jewish traditions.

To give some examples:

Mark 3:17 "Boanerges, which is 'The sons of Thunder'. Presumably a Jew or Galilean would not need this explained.
Mark 5:41 "Talitha cumi", which is, being interpreted, "Maiden, I say to you arise." For Greek-speaking Jews of diaspora and Gentiles.
Mark 7:34 "Ephphatha", that is, "Be opened!" Again, Jesus' own contemporaries, Galileans, would not need translation.
Mark 7:26 "The woman was a Greek[speaker], Syrophoenician by birth.' of greatest interest to Gentiles, not Jews.
Mark 13:14 '(let the reader understand)', a gloss speaking to Greek readers in the Diaspora, to look up Daniel.
Mark 14:32 'which was named Gethsemane', an anecdote of no importance, but typical of eyewitness accounts.
Mark 15:22 "Golgotha, which is, being interpreted the place of a skull' - a note again, not for the benefit of Hebrews.
Mark 15:34 'which is interpreted, "My God, My God, why have you forsaken me?" - not something Jews regularly reading the psalms would need explaining.

The problem with this 'technique', is that to be consistent, we would have to do the same also, in every instance where two gospels parallel one another, and yet contain serious differences in the accounts.
If carried through consistently, we would end up with 3 or 4 duplicated cases for each miracle or incident in Jesus' life, all varying slightly. But more problematic is that there would be no reliable way to put these "shadow" events or 'mirror-pericopes' into any kind of sensible chronological order.
It goes without saying that we can't use this technique in the Passion narratives.
Jesus wasn't tried and crucified twice, in spite of differences between the accounts.


The correct solution is not to pose "two speeches", but suppose two gospel-writers, one or both having edited or colored his account.

D. A. Carson has recently commented on this problem, specifically discussing the
alleged difference of location ('plain' versus 'mount').  In translation, this appears to be a contradiction, but when the underlying words are properly understood, there is no problem:


"The second example is from my popular-level exposition on the Sermon on the Mount. I there explained the well-known discrepancy between Matthew's reference to a mountain (Matt. 5:1) and Luke's mention of a plain (Luke 6:17) with more or less standard conservative apologetic: even a mountain has level places, and so forth. (35) Since publishing that book, however, I have written a full-length technical commentary on Matthew; and I have learned that (εις το ορος) in Matthew 5:1 probably does not mean Jesus went "up a mountain" or "to a mountain" or "onto a mountainside", but simply "into the hill country"; and interestingly (πεδινος) in Luke 6:17, usually rendered "plain", commonly refers to a plateau in mountainouse regions (36). There is no discrepancy; I had simply not done enough work for the earlier book. If it is any encouragement, increasing years make one increasingly careful. They are also teaching me, slowly, to change my mind and acknowledge when I am shown to be in error. There is no virtue in a Maginot Line of emotional defense around a position that is palpably weak." - D. A. Carson, Exegetical Fallacies, (Baker, 1984) p. 42-43
__________________________________
35. D.A. Carson, The Sermon on the Mount (Baker 1978), p.145
36. D.A. Carson, Matthew Exposit. Bible Comm. (Zond., 1984)