The Decade that Scholars became LIARS 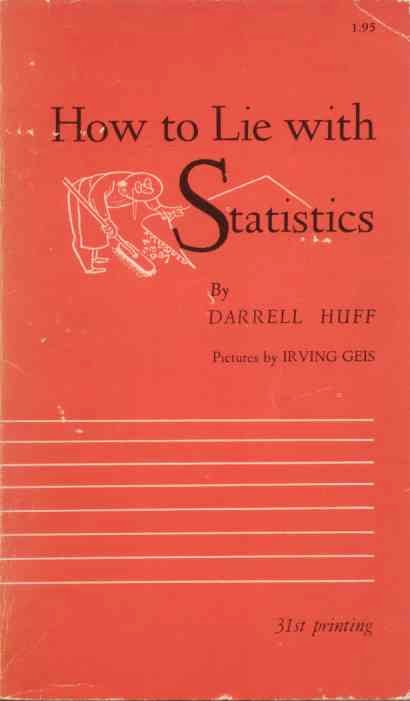 One of the most common phrases in apologetic works is the magical and spell-binding "Simon says" gimmick,

Its invoked whenever the author wants to intimidate the naive and uncertain reader into accepting some claim or disproof as "fact", when its actually a simple exaggeration or inaccuracy meant to bolster some ideological position.

Common variants on this theme are,

Its become common fare in all product advertising in certain variants:

As the 'science' of selling, advertising and programming people advanced,
such techniques became rampant.

What is saddening however is that the same selling techniques spilled over into the scientific and academic world, as competition for funding heated up and ideological agendas became more sophisticated.

This trend can be traced to the remarkable popular book from the 50s,
How to Lie with Statistics, by Darrell Huff (1954, Norton & C),
which has not only gone through some 50 printings, but quickly became
a University Textbook and runaway bestseller.   According to Wikipedia,


' It has become one of the best-selling statistics books in history, with over one and a half million copies sold in the English-language edition.  It has also been widely translated.'

The following chart, from the Google Ngram Viewer, shows the alarming and ridiculous rate at which our phrase has increased its appearance in both popular and scholarly literature: 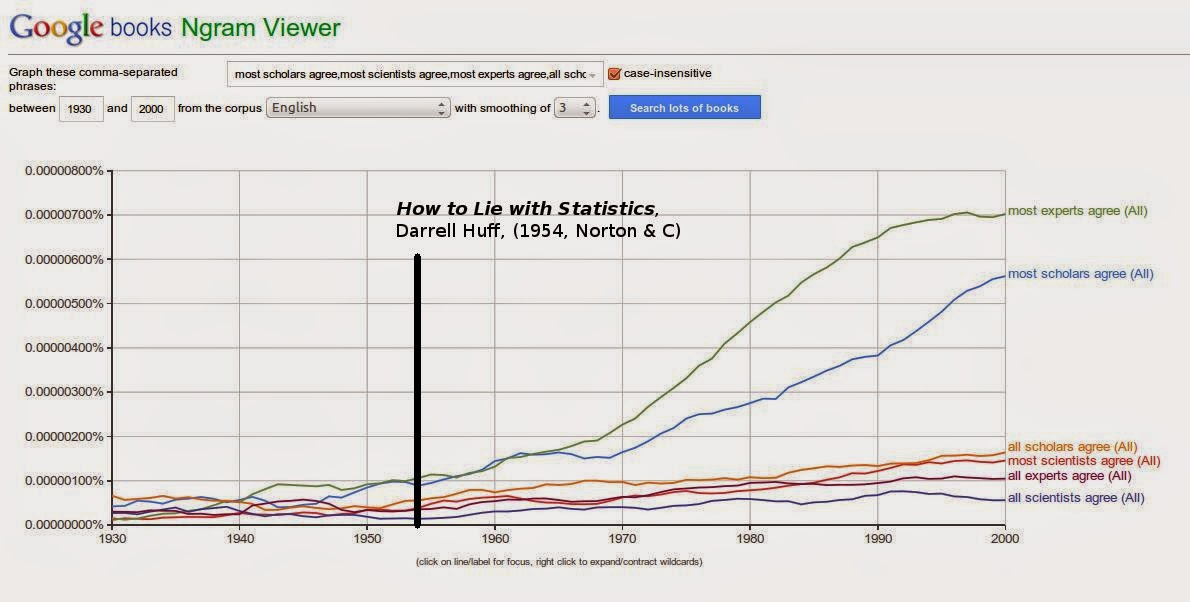 
Sadly, what Darrell Huff intended as a warning and a vaccination against fraud and misrepresentation of data, became a handbook for millions of liars and con men throughout the 20th century and beyond.

Apologists, Ideologues and salesmen found it was far easier to con people than help instruct them on how to protect themselves from fraudulent claims.