The Question of the Theft of Codex Aleph 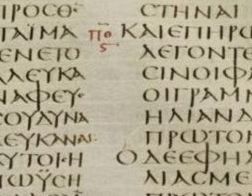 “Codex Sinaiticus, most of it taken by Dr von Tischendorf in 1859 from St. Catherine’s monastery beside Mt Sinai in Egypt– the monks say stolen –”
http://www.theologicaleditions.com/Features/religioustexts.htm

“J. Rendel Harris (who had visited St. Catherine’s) had no illusions: in his review of Gregory’s “Text and Canon” in the February 1908 issue of The Expositor, Harris expressed extreme skepticism (bordering on outright ridicule) of Tischendorf’s version of events pertaining to the “rescue” of Codex Sinaiticus.” – James Snapp Jr.
http://evangelicaltextualcriticism.blogspot.com/2009/07/codex-sinaiticus-highlights-ii.html

“While staying at St. Catherine’s monastery on Mount Sinai, he made the momentous discovery of the Codex Sinaiticus–a text dated to be from the fourth century C.E. He brought back the text with him. (According to the Mt Sinai monks, though there were bad feelings, and claims that Tischendorf had “stolen” the manuscript.)”
http://www.entheology.org/library/winters/NEWTEST2.TXT

“See for example D.A. Waite, Defending the King James Bible (The Bible For Today: 1993), p. 61, “They just about worship that manuscript.” This was just after alleging, inaccurately, that a was about to be burned (one will note that the steward at St. Catherine’s kept the manuscript in his cell, wrapped in a red cloth, hardly the way in which one treats trash). ”
http://www.aomin.org/aoblog/index.php?itemid=1290

“Under a complicated arrangement, Tischendorf was allowed to transcribe the manuscript, but did not have the time to examine it in full detail. Tischendorf wanted to take the manuscript to the west, where it could be examined more carefully.
It is at this point that the record becomes unclear. The monks, understandably, had no great desire to give up the greatest treasure of their monastery. Tischendorf, understandably, wanted to make the manuscript more accessible (though not necessarily safer; unlike Saint Petersburg and London, Mount Sinai has not suffered a revolution or been bombed since the discovery of Aleph). In hindsight, it seems quite clear that the monks were promised better terms than they actually received (though this may be the fault of the Tsarist government rather than Tischendorf). Still, by whatever means, the manuscript wound up in Saint Petersburg, and later was sold to the British Museum. ”
http://www.skypoint.com/members/waltzmn/ManuscriptsUncials.html

“A story of high adventure swirls around the Codex Sinaiticus. Tischendorf was granted an audience with the pope. The czar of Russia showered him with money and financed his final mission. Despite his fame, though, a shadow hangs over the man, who some insist was a thief.
Scattered Book, Checkered Reputation
…
However, opinion on Tischendorf is as diffuse and puzzling as the ancient pages themselves. Christfried Böttrich, an expert on the New Testament at Germany’s University of Greifswald, claims that “Tischendorf was a man without blemish and above reproach.”
But the monks at St. Catherine’s have a less flattering view. They think he stole the manuscript. “The Codex Sinaiticus Was Stolen,” was the headline of a 2000 article in the Sunday Times about a conference a British parliamentary committee held on stolen artifacts. Prince Charles, who is chairman of the St. Catherine’s Foundation, has reportedly demanded the return of the manuscripts to Egypt.”
http://www.spiegel.de/international/world/0,1518,479791,00.html